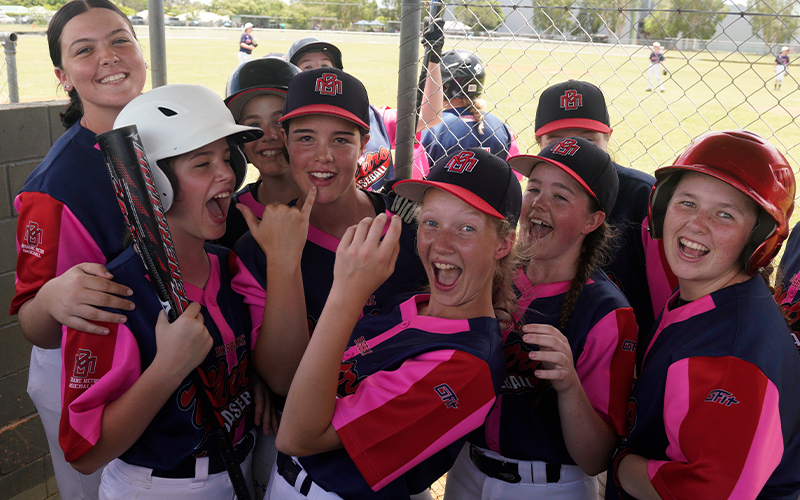 Baseball Queensland is pleased to share the following details in regards to the Queensland Women’s State Titles, to be held at Hendra, Brisbane in Mid December.

Div I – Regional Teams (Can enter more than one team)

WHEN:
Women’s State Titles 13 to 15 Dec 2019. One game may be scheduled for the Friday night under lights (no games scheduled to be played during the day on Friday 13 Dec).

HOW TO  REGISTER:
If you are already registered with a club you can get involved by reaching out to your Region to express your interest in playing for your Regional Team.

If you are not currently a member you can elect to register with a club or take advantage of our Tournament Membership that will cover you for the term of the State Titles event. For more details on selecting a membership type please review this information. To access the BQ Membership Portal please follow this link>>>

Considering the budget to deliver the event and in an effort to encourage all participants to help promote these events, BQ will offer the following sliding scale on Tournament entry fees making it more affordable to play with the more teams that nominate to play. Find friends and encourage them to play to bring down the entry fee for your event. (NB Competitions with fewer than three teams nominated may be cancelled)

Teams participating in the Women’s and Girl’s State Titles will also have the opportunity to take home prizes in the following events.

*1B does not field ground ball

Champion = most Home Runs in Round 2.