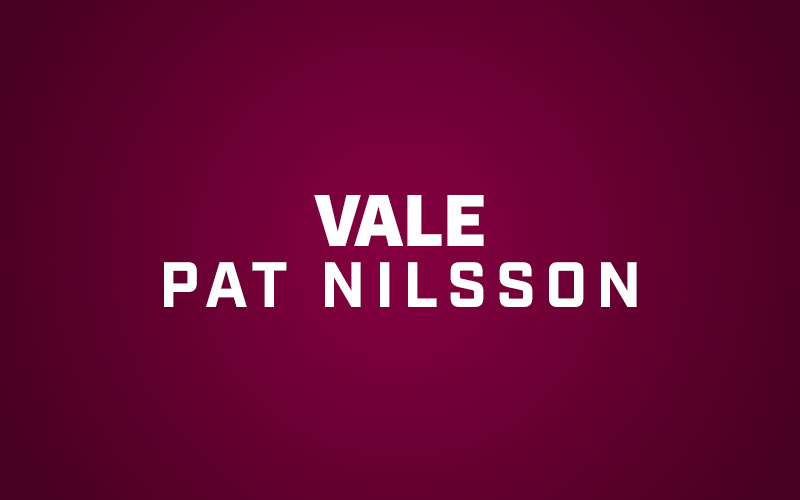 The baseball community in Queensland is in mourning at the passing of Pat Nilsson.

Pat is known for being the mother and grandmother of the most famous name in Australian Baseball.

45 years after her first son Bob made a name for himself, her grandkids to this day are still doing the same.

She loved the game and was always close by when her kids were playing. In the early days when Pat had four young boys playing baseball or teeball and two daughters playing softball she was either in the canteen or scoring. It was in the early 1980’s when Pat took on the Scorer’s role at Claxton Shield level. Pat was Scorer for the Brisbane Clippers in the inaugural Australian Baseball League in 1989 and Pat treasured the role so much as all four of her sons were part of that team.

Pat continued in the Scorer’s role when her youngest son David was playing Schoolboys baseball and stayed on scoring until her grandchildren started coming through the ranks. In 2005 Pat was honoured by Queensland School Sport and made a Life Member, something Pat cherished very much.

In between scoring Pat was always seen at the baseball field watching her sons play. In their retirement years Timmy and Pat would travel around Australia to tournaments watching her grandsons play for Queensland. Pat loved her family and loved nothing more than being at a baseball game. Pat could often be seen more recently at Holloway Field watching the Brisbane Bandits, coached by David and joined by grandsons Jay, Mitchell, Daniel and Jacob all at one time being part of the team. Pat leaves behind four sons, two daughters, 15 grandchildren and eight great grandchildren.

On behalf of the wider baseball community Baseball Queensland extends our sincerest condolences to Pat’s family and friends.

The family welcome anyone that wants to attend the funeral service on Friday 28 June to please contact Baseball Queensland for further details of the service.