Quartet close in on World Cup 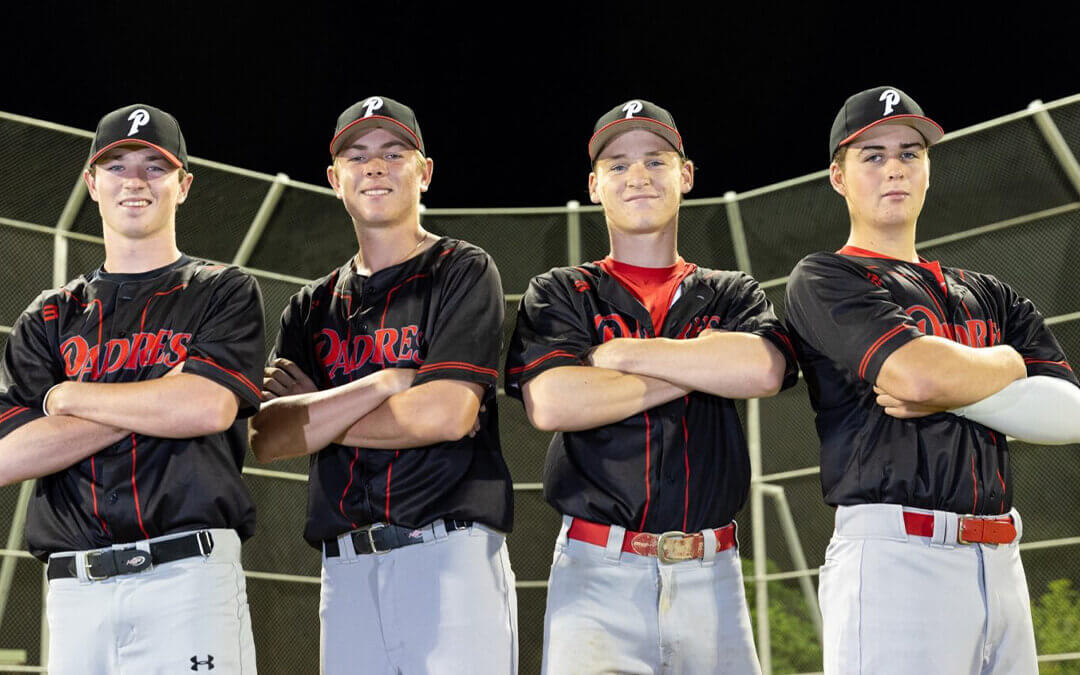 Four Redcliffe Padres are in an Australian Under 18 baseball squad ahead of the WBSC World Cup, being held in Florida from September 10-19.

Padres’ Joel Hogan, Luke Smith, Lachlan Wilson and Ben Walmsley (main picture), are among 60 players named for a training camp at the AIS in Canberra on April 3-11.

It is believed to be highest number of players Padres have had selected at one time for such a squad.

“We are incredibly proud and consider it both a testament to their dedication and also the strength of our club’s junior talent,” said David West, Padres’ Junior Director of Coaching.

Baseball is big part of Lachlan Wilson’s family. His parents Dan and Katrina are on club and regional committees as well as being life members with grandparents Keith and Christine Sharpe.

Joel Hogan joined Redcliffe from Pine Rivers, where his mum has been president for many years and has also represented the region as an umpire at state titles.

Luke Smith is from the Sunshine Coast and switched from softball after representing his school region at baseball.

Ben Walmsley was a Windsor Royal, but this year joined Padres to have a greater opportunity to pitch.

Padres may have more to celebrate with their Senior League Under 17 Division One Red side through to the grand final having beaten Windsor Royals.

Padres White side just missed the finals in the same division despite beating Padres Red 7-2 in one of their final fixtures of the regular season.