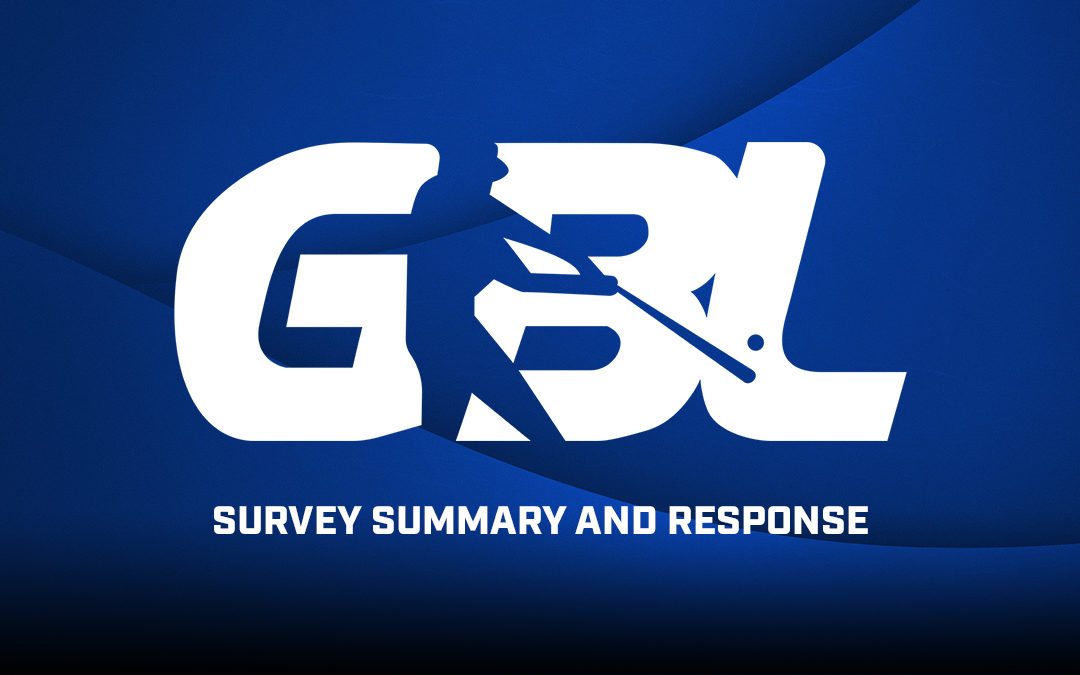 The GBL Competition Committee would like to thank all Clubs and players who participated in sharing feedback for the GBL 2019/2020 summer baseball competition.
We have analysed the feedback and please find following a summary of that information.

Below we will aim to summarise and acknowledge key areas brought to our attention through the surveys.

The Survey asked for the satisfaction of the individual to be rated out of 5 stars.

We allowed people to share their thoughts on what their favourite aspects of playing this season was. Key themes that were shared were:

We gave people the opportunity to share “other comments”. With 72 comments received, we have selected 3 themes that were consistently shared.

To summarise this survey, the GBL Committee is pleased with the progress we have made in recent years to build a competition people are generally enjoying and pleased to contribute to. We acknowledge that there are aspects of the game that we are continuing to work on.

We recognise that the season we have had and how it ended created challenges that were new to our Committee. It is our commitment to look at avenues to play rained out games and the survey provided insight into some creative measures that we will look into.

We also recognise the collective voice in regard to teams being potentially seeded in the incorrect division. The GBL Committee will look at creative measures to create a fairer competition in all our divisions and also recognise that this is a continuing work in progress between the Committee and the clubs who make up the GBL.

The GBL will also look at creating a framework for growth for women in our sport. We saw a large growth in our GBLW competition this year and are proud to see new people involved in our sport. Our intent will be to create a sustainable and successful competition and the Committee will look at building short term and long-term plans to continuing building the GBLW.

Rules Review
Similar to last season’s survey 60% of the respondents replied they did not think any rules needed to be reviewed for the junior divisions.

Tournaments / Carnivals
There is significant interest in both Juniors and Seniors Tournaments.

Unlimited Exchange for clubs who have multiple team in the same division.
The numbers came back even on whether this should or shouldn’t be allowed. The GBL will continue to research into the direction it takes.

Little League Rams Passed Ball = Runs
51% of people shared that a passed ball should be allowed to score on in the Little League Rams competition. A quarter said no and another quarter answered NA. The follow-up question related to Coach Pitching after ball 4, this was evenly answered in both the negative and positive.

The GBL Committee will continue to look at avenues to make our game more inviting for new players in this age group and skill set.

Should Major Juniors be played in Winter?
This question had more feedback in comment form than any in the survey. With opinions being split evenly, the GBL Committee is committed to ensuring the direction of our Major Juniors competition will be played in the time of year that will allow the competition and its players the best opportunity to thrive. More time and research will be taken into exploring this question further.

GBLW: Extending the GBLW season past Christmas was explored in the survey and the results were split evenly for and against. There were many comments added with a variety of expressions both positive and negative. The GBL Committee is committed to building a strategy to create a sustainable and strong GBLW and the results from this survey will be included in helping the Committee make decisions for the future of the competition.

The Link between D1 and D2 will continue to be reviewed by the GBL Committee. The survey indicated mixed responses to the link and as such will be looked into further by the Committee.

Finally, the topic of Double Header Sundays instead of Friday and Sunday games for D1 was explored by the survey. With responses being mixed evenly the GBL Committee will continue to explore avenues of ensuring the best situation for our Division 1 teams.

The GBL Committee would like to thank everyone who contributed to the survey. It is imperative that we continue to get a wide range of input when looking to better our competition. Thank you for taking the time and being passionate about the game we all love.