The 2021 Australian Youth Championship has been cancelled and will be replaced with a range of localised content to ensure the development of the country’s up-and-coming talent is not negatively impacted.

Baseball Australia and the state and territory bodies have unanimously agreed to the move – which comes in response to the ongoing COVID-19 pandemic – following an extensive review which included consultation of athletes and teams that would likely have featured in the event.

Instead a range of local events will be held in each market to ensure players are afforded the opportunity to continue their development.

“But our goal now is to ensure with the support of states and territories we provide enough opportunities to affected athletes to continue their development.

“By doing this we can minimise the long-term disruption on our up-and-coming prospects and keep open the pathway they’ve worked so hard to climb.”

The tournament, which traditionally takes place during the January school holiday period and includes U-16 and U-18 age brackets, will be replaced by local series.

Details for the local series will be released in coming weeks but each event would be preceded by a showcase for college and professional scouts.

The local series will see each market’s top talent given the chance to go head-to-head.

Following the events the U-16 and U-18 National Junior Squads will be selected from the participants. 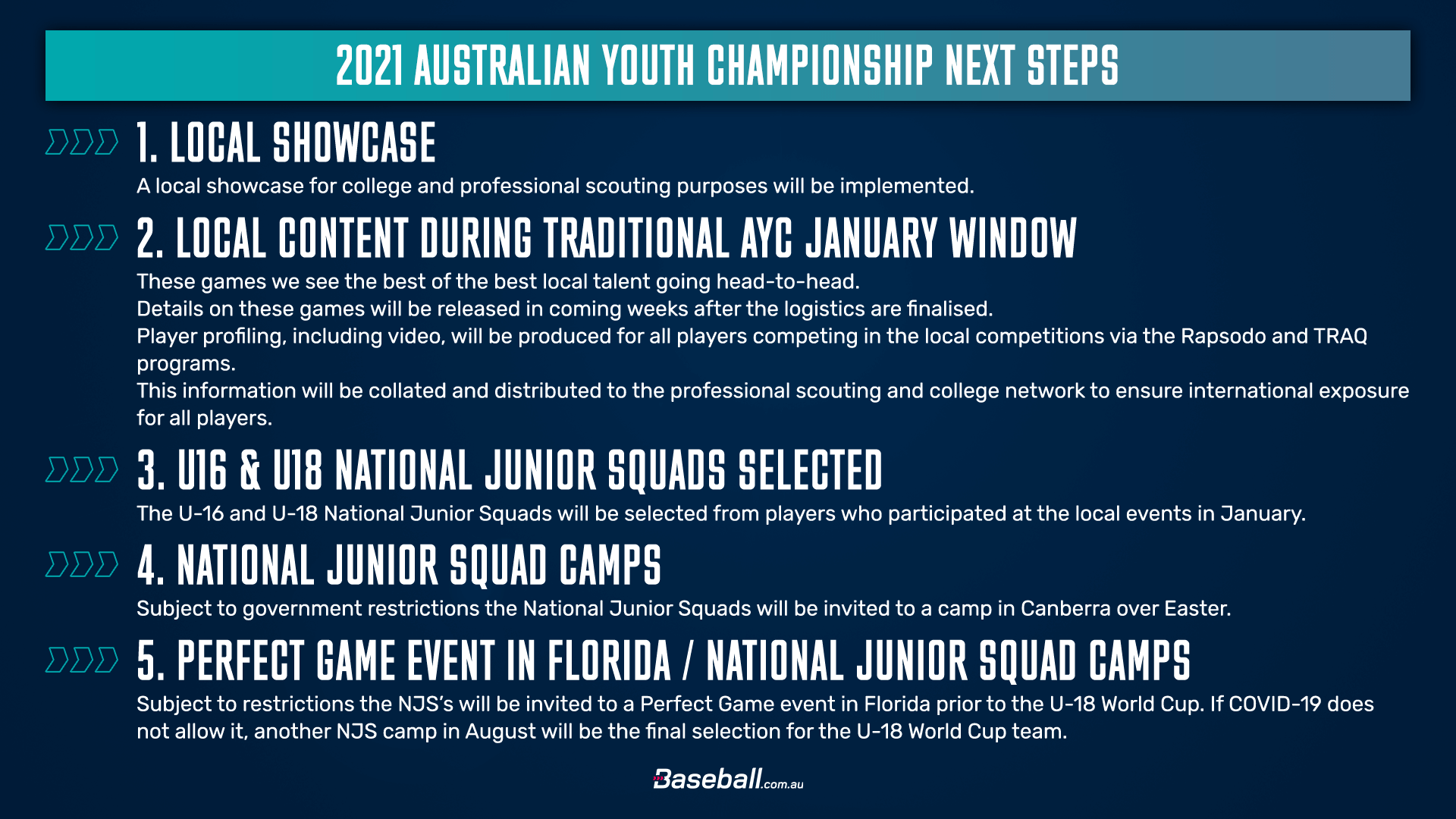 Both squads would be invited to a camp in Canberra over the Easter period should government restrictions allow it.

The squads, subject to restrictions, would also head to Florida for a Perfect Game event prior to the U-18 World Cup later in the year.

“Through our technology partnerships Rapsodo and Driveline’s TRAQ software will allow player profiling to be produced for all players competing in the local competitions,” Crooks said.

“This information will be collated and distributed to the professional scouting and college network to ensure international exposure for all players.

“This will minimise the medium to long-term impact on the development of our junior talent.”

Baseball Australia is working closely with the performance pathway systems in each state and territory to lock in details of local series.