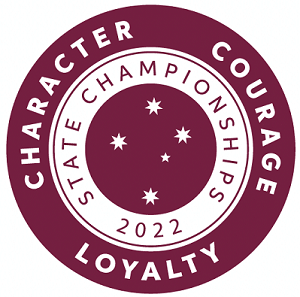 2BNLL1 defeated 22BMLL1 9-8 on Sunday thanks to a walk-off single. 22BNLL1 was down 8-7 in the bottom of the eighth inning when Khyden W singled on a 1-0 count, scoring two runs.

22BNLL1 got things started in the second inning. Chase C grounded out, scoring one run.

22BNLL1 knotted the game up at seven in the bottom of the sixth inning, when an error scored two runs for 22BNLL1.

Alonso Zaire G led things off on the mound for 22BNLL1. The righty surrendered three runs on two hits over two and a third innings, striking out five.

Quinn L was on the mound for 22BMLL1. Quinn went five innings, allowing five runs on eight hits, striking out six and walking one. Max threw two innings out of the bullpen.

Wesley D went 2-for-2 at the plate to lead 22BMLL1 in hits. Cody R led 22BMLL1 with two stolen bases, as they ran wild on the base paths with five stolen bases.

Kai L was brilliant on the hill on Sunday, as Kai threw a no-hitter to lead 22BNVIKINGSLL2 past 22BMREDLL2 6-0.

22BNVIKINGSLL2 tallied three runs in the fourth inning. Hayden R and Luke B all moved runners across the plate with RBIs in the inning.

Kai was on the pitcher’s mound for 22BNVIKINGSLL2. Kai lasted six innings, allowing zero hits and zero runs while striking out 11 and walking zero.

Oliver B was on the hill for 22BMREDLL2. The righty allowed three hits and five runs over four innings, striking out two. Spencer S threw one inning out of the bullpen.

Hayden, Max C, and Luke each collected one hit to lead 22BNVIKINGSLL2.