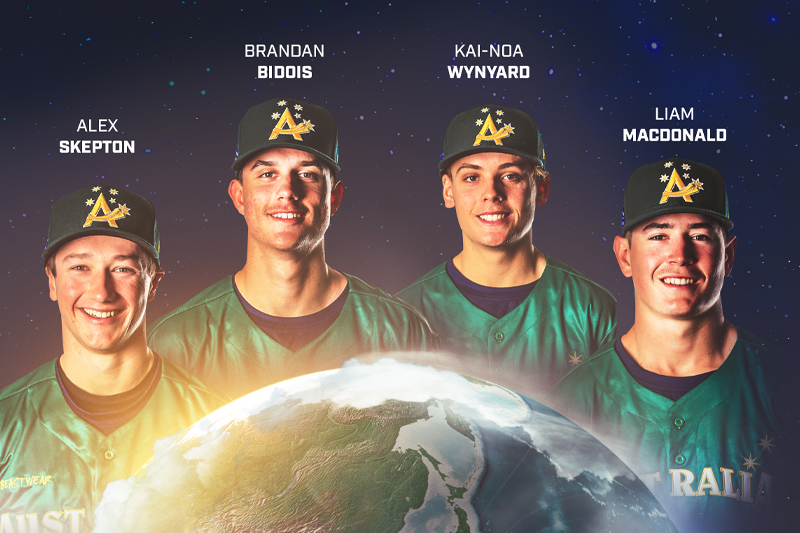 Baseball Queensland would like to congratulate Brandan Bidois, Alex Skepton, Liam MacDonald and Kai-Noa Wynyard on being selected in the 20 man roster to represent Team Australia that is set to head to South Korea for the WBSC U-18 World Cup.

Joining them will be Baseball Queensland Development Manager Gareth Jones in the role of Assistant Coach for the U-18 Team Australia side.

The 20-man roster was chosen from 37 players active in Australia’s series with Canada in Lismore ahead of the World Cup getting underway in South Korea on Friday.

Australia gets its World Cup underway against Nicaragua at 3pm AEST on Friday.

For Australia’s full schedule and the latest team news head to our #U18WorldCup event hub.