The GBL Women’s League was full steam ahead this Saturday at Southern Stars Baseball Club for an exciting afternoon of games!

Southern Stars hosted the 2 games and provided us all with a fantastic atmosphere filled with great music, post game snacks and plenty of spirited support!

Starting the afternoon off was a fast paced, competitive game against Wests and Southern Stars. Wests took the win 15-2 after 3 innings. Stand out performance from Southern Stars Head Coach, Karen Gallpen who threw a complete game and a scoreless first inning going on to play Masters the next day throwing 44 pitches over 3.5 innings, again with a scoreless first.

Head Coach, Karen Gallpen commented on the new league saying, “The new GBL Women’s League is the best comp I have played in yet. The atmosphere is friendly, a great initiative with the GBL management committee getting a big pat on the back for the quick administration of the games. This inaugural competition needs to be followed up with support to other clubs to grow and advertise to increase the participation of women in this competition. I would love to see more girls involved in this and the current members who are wives, girlfriends, friends, players and new players. I believe this would remain a great competition into the future with the inclusion of the Women’s State Titles.”

The second game was a sea of red with the two teams from Redcliffe Padres battling it out in a hilarious 3-inning fiasco where Padres Red came away with the win 16-10. Special mention to Kate Oppatt, Sally West, Liv Wilson, Imogen Orphin, Chloe White and Samara Emmett who all pitched their first game on the weekend. Well done to both teams who managed to play in the harsh sun, very impressive!

Congratulations to all four teams; the level of play has improved significantly since Round One but is trumped only by the laughter and high spirits during the games. Each team continues to play with fierce competitiveness and huge smiles, while capturing the essence of baseball in every inning.

Thank you to Southern Stars for hosting Round Two!

Western Districts Bulldogs are set to host Round Three, next Saturday 3rd November. The first game starts at 2pm against Wests and Padres White, followed by Southern Stars and Padres Red at 4pm. Remember, if you’re available to come cheer on the women’s teams we’d love to see you out supporting the newest league in the GBL!

If you have pictures from any of the rounds played, please email them to me at liv@baseballqueensland.com.au so I can feature them in our weekly recap articles! 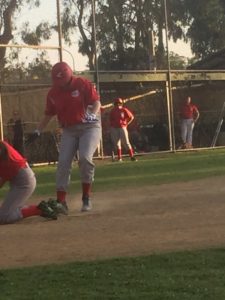