Congratulations to all the players selected in each Team. The successful 2021 State Titles has been used a platform to kick start a revamped Female Performance Pathway framework. Throughout 2022 we will see several programs being delivered for our Open and Junior Female players.

We will be entering two teams in the Open Australian Women Championships (15th – 21st April) with a vision of development towards all aspects of baseball whilst offering additional playing opportunities for our players. This year we will be entering a QLD Maroon Team and a QLD Development Team. The Maroon Team is the final 18 player roster, with our Development Team selected as a squad initially and will be finalised throughout February.

Additional information will be sent to the selected Open Women’s (Maroon and Development Squad) players shortly.

Information for our BQ Junior Girls Development Programs will be sent early January. 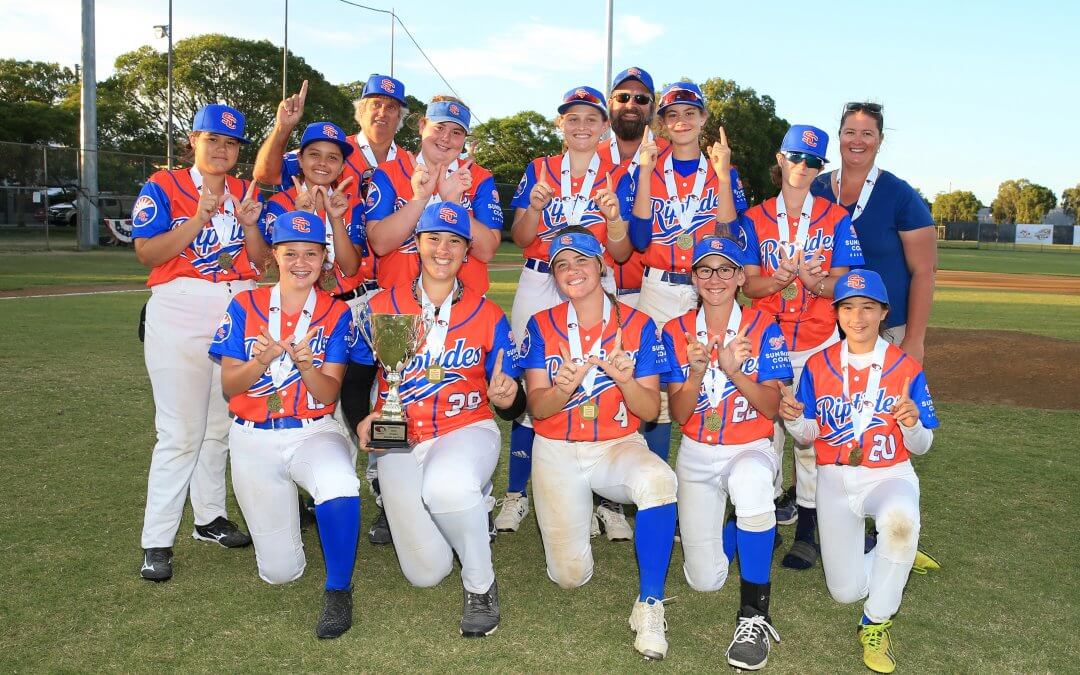 Gold Coast (GC) got things started in the first inning when an error scored one run for Gold Coast.
Sunshine Coast evened things up at one in the bottom of the first inning with a walk, scoring one run.
After GC scored one run in the top of the third, SC answered with one of their own. GC scored on a ground out, scoring one run.
SC pulled away for good with six runs in the second inning.

In the Girls Tournament Gold Coast defeated Brisbane Metro in an exciting back and forth contest.

Many thanks to the Umpires, Scorers and All Stars Baseball Club for making the event such a success. 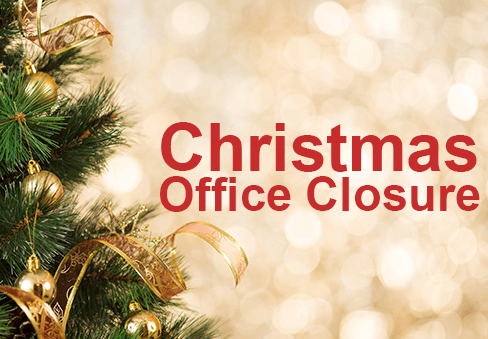 Baseball Queensland wishes all our members, partners, sponsors and supporters a very Merry Christmas and a safe and prosperous New Year.

We look forward to working with you all in the New Year to continue to grow and improve baseball in Queensland. 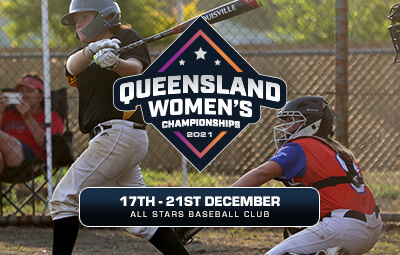 After a complete round has been played in the Queensland Girls State Titles we know how the teams will stack up for finals starting tomorrow at Bannister Park, Hendra.

The Youth Women’s Rounds are yet to conclude tomorrow with their teams being re-seeded tomorrow.

Best of luck to all teams heading into Finals tomorrow. 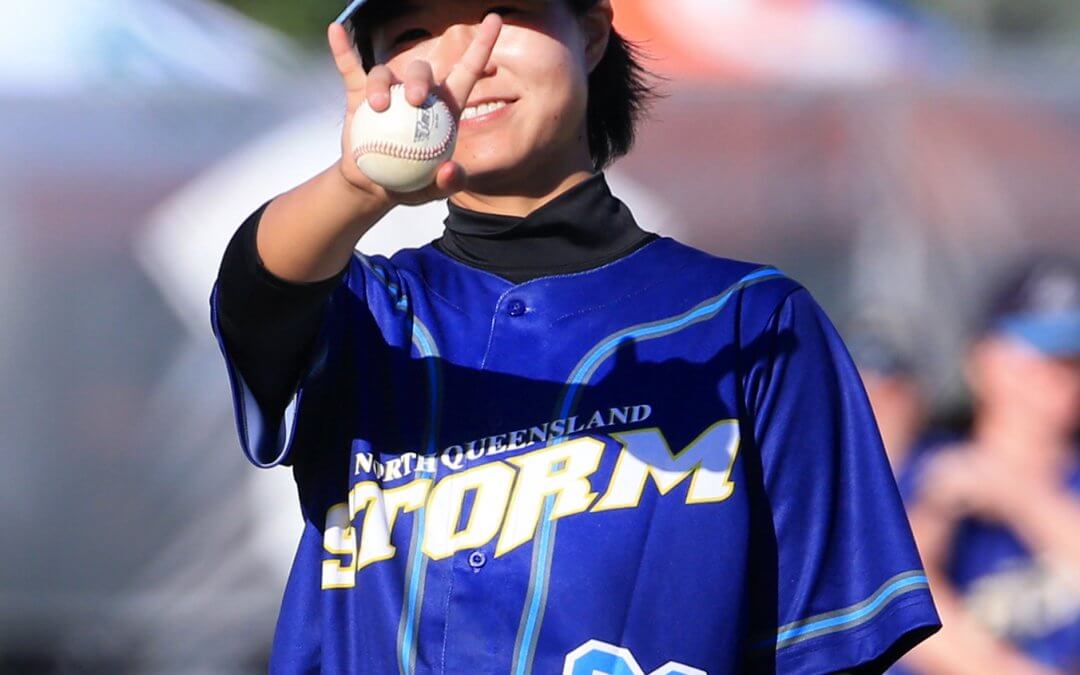 Brisbane West’s Tamika Zamora tried to spark an early lead in the first inning, driving a double.
Hoshino was on the mound for NQ and went five innings for a complete game, allowing four hits and zero runs while striking out ten and walking zero.

Camila Parra was on the hill for Brisbane West, the pitcher surrendered three runs on one hit, over one and one-third innings. Sandie Nicholson and Mackenzie Rogers entered the game from the bullpen, throwing one and two-thirds innings and one inning respectively.
Emma Ried led the Storm with two hits in three at bats. Zamora went 2-for-2 at the plate to lead Bris West in hits.North Queensland secured the Championship in a well played Gold Medal game.

The Narangba Demons were too strong for the North Queensland Storm in the Division 2 Gold Medal game on Sunday afternoon. After winning the North side Pre-Christmas GBL Women’s Club competition the Demons went undefeated through the Division 2 Women’s State Titles to win the Division 2 State Championship.
Congratulations to All Stars Baseball Club for hosting a fantastic event in some glorious weather conditions. Many thanks also to the Umpires and Scorers for the weekend.
Stay tuned for more action from Bannister Park as the Queensland Youth Women’s and Queensland Girls State Titles will be held Monday and Tuesday. 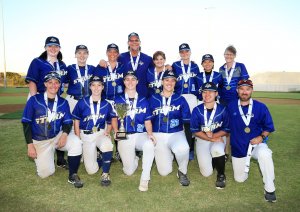 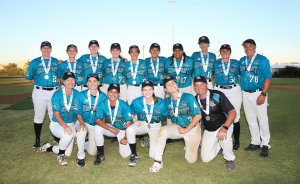 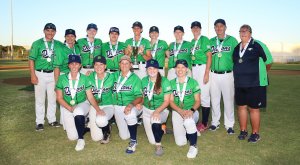 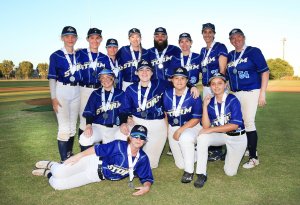 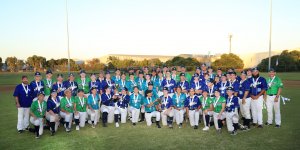 After the two teams met in pool play and settled on a draw, both teams will be out to prove a point.

Don’t miss the chance to watch a great game with the canteen and bar facilities operational. 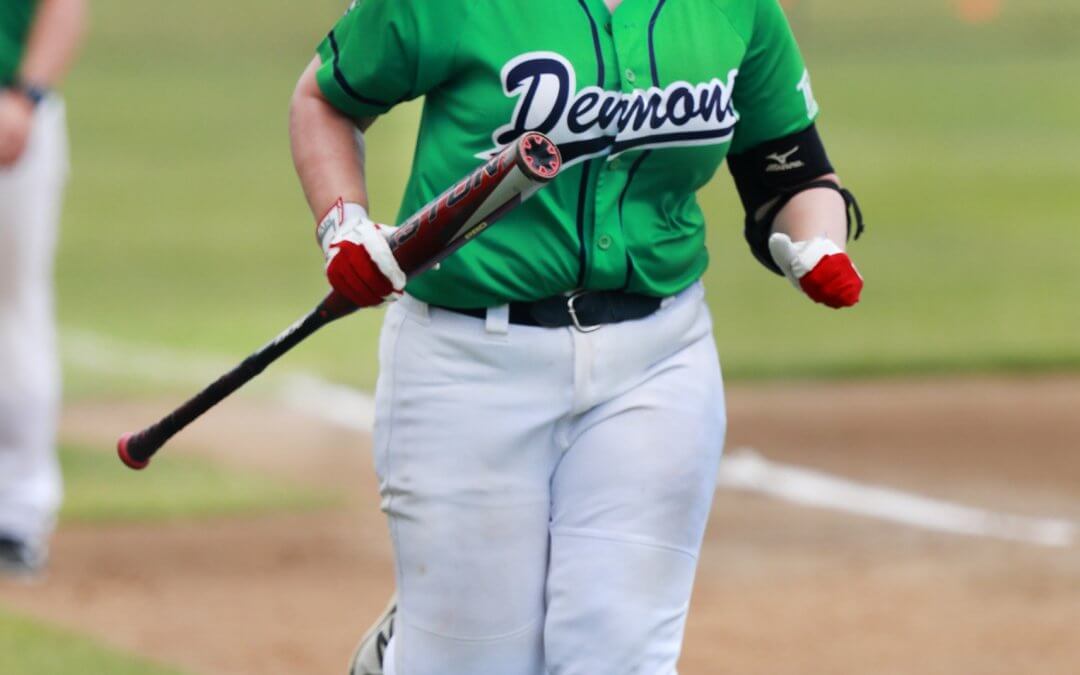 Narangba Demons finished with the top seeding after pool play to lock in the home team spot for the Women’s Div 2 Gold Medal game against North Queensland from 4pm this afternoon (19/12/21) at Bannister Park.

Congratulations to Redlands Rays who secured third place in the Division 2 Competition.

Thank you to All Stars Baseball Club for hosting the event and to the officials for Umpiring and Scoring the games.

You can follow the Women’s State Titles Div 2 Gold Medal game on Gamechanger from 4pm. 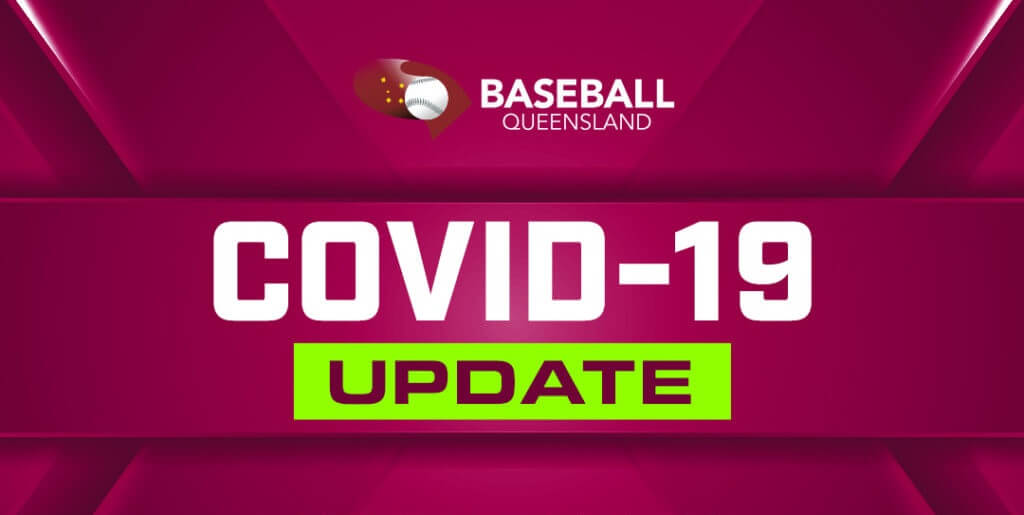 Sport and Recreation – Queensland Government have developed a resource to help sporting organisations understand their responsibilities in complying with the Public Health Directions regarding vaccination status. 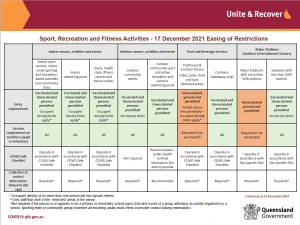 Baseball Queensland would like to welcome all players, coaching staff, officials and supporters to Hendra for the 2021 Women’s, Youth Women’s and Girls’ State Titles This December.
Over the course of four days at Bannister Park, teams will go head-to-head and battle it out to see who will reign supreme. The event kicks off with the Women’s State Titles taking place on the weekend of the 17th to 19th of December across two divisions. This will be followed by the Youth Women’s and Girls’ State Titles, beginning on Monday the 20th of December, and concluding on Tuesday the 21st. There will be a lot up for grabs over the course of the four days, as not only will the winners take home a State Title, these titles will play a part in the selection process for the National Titles that will be held 2022.

Many thanks also to the Umpires, Scorers and Coaches for their valued contribution to this event. Umpiring and scoring can be quite challenging and I’m sure you will all join me in extending our gratitude to these valuable volunteers.

I would also like to recognise the contributions made by the Committee and Members of All Stars Baseball Club for their efforts in making this event successful.

On behalf of everyone at Baseball Queensland we wish all the teams the best of luck over the coming days.

To keep up to date with the results of games as they occur please access the Gamechanger ticker at the bottom of this page. 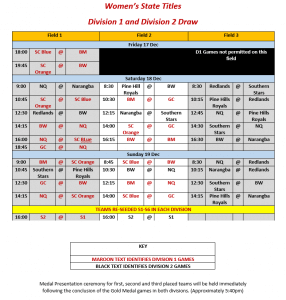 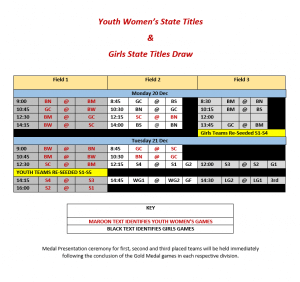